Project 2015: Buying a new camper van and learning to travel with two kids and a dog 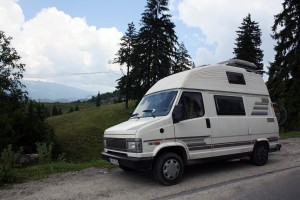 Travelling Through Romania back in 2011

Looking back over the last few posts we made on this blog makes me realise how often in life very definite plans end up not happening at all.

Priorities change, unexpected circumstances distract us, and without realising it, a year has passed and the path we have followed has lead us somewhere very different than expected, check out this website.

Back in 2012 – I can’t believe three years have passed! – we sold Camperissimo, the camper van which this blog was originally about, a few months before our daughter Molly was born. We had loosely planned to get back into the camper vanning game 6-12 months after she was born, but becoming parents was a much bigger life change than we had expected, and so instead we focussed our energies on learning to be parents, and catching up on sleep wherever possible.

It was also a time during which we both were working less and spending more, and in fact it wasn’t until the end of 2014 that we gave serious thought to the type of camper van we would like to buy, and how much we would need to save, have a look at this VW Transporter article.

Based on the online adverts which we looked at, we came up with the following criteria:

Somewhere along these lines …

The luxury of it! When I think back to the complexities and compromises we made to spend a month living in Camperissimo it’s hard to imagine what it will be like experience this much comfort on the road. Here’s an idea of the layout we’re hoping to find. When considering vehicles for the road, you might also want to view publisher site with several options for you.

Fast forward to 2015: The current plan

We spent 2013 missing Camperissimo I, 2014 saving and waiting and now it’s finally time: Starting this week, we are now officially looking for Camperissimo II!

On good advice – and in contrast to our experiences with Camperissimo – we plan to view quite a few vans before getting too serious, to get a feeling for what we can expect for the money, as well as which features are the most important for us, you should have a look at the new VW website here.

I should probably also mention: 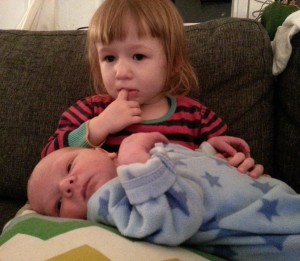 First of all, the reason we’ll be looking for a van with two extra single beds: On the 1/1/2015, our second child Benjamin was born unto this world. As I write this he’s sleeping quietly on the sofa beside me, pink and soft and adorable and ready for some camper van adventuring.

Secondly, we’ll definitely be revising our original route plan, given that our original plan was to drive through Crimea and Eastern Ukraine. Instead we plan to travel within Germany for the first few trips, starting with just a few days, then a week, then hopefully several weeks – if all goes well.

This entry was posted in Camperissimo II in 2015 and tagged 2015, buying a van, excited. Bookmark the permalink.