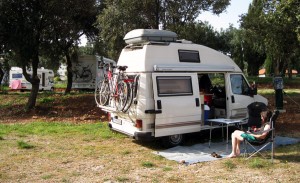 Campsites really aren’t that bad it turns out.

Until now they had sort of served to represent the antithesis of our philosophy of travelling in Camperissimo, but  plentiful hot water and porcelain toilets seem to have broken down our resolve on that point in a very short space of time.

I’m kidding, of course: tomorrow we’ll be parked up in someone’s back garden again, but the unfortunately named “Camping Solitudo” has been a great base for seeing Dubrovnik, and it being April there’s only a handful of other people here; about 80% of the camp and all of the hotels in this area are yet to open for the tourist season. 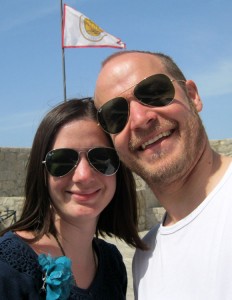 Halfway Round the Walls

We arrived here yesterday evening, following a speculative drive around Dubrovnik itself. After just a few minutes it was fairly evident that we would never, ever find a nice, quiet place to park in the town proper – in fact we even saw a couple of “no parking for camping vehicles” signs, the likes of which we had hitherto only seen in Munich during puking season (Oktoberfest).

Last night we hit the sack at about 21:30 again and this morning we made an early start, riding our bikes across the Lapad peninsular back toward the old town. We found our way there easily and it turned out to be a much short ride than we had envisaged.

After a spinach and cheese burek and two cups of coffee we entered the town (meanwhile Iva had quite an argument with the waiter about whether the coffee we wanted to order was correctly called a “white coffee” or a “coffee with milk”, I don’t know what got into her, she’s usually so friendly) 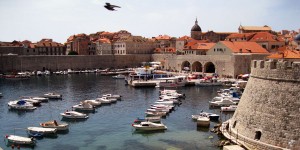 Dubrovnik, from Outside the Old Town

I’ll avoid giving a rambling, lyrical account of how great Dubrovnik is here, because if this was someone else’s blog that’s the sort of paragraph I’d skip over myself.

Needless to say that the city walls are immense, the old town is vast, the surrounding coastline and mountains are spectacular and the atmosphere was … there you go, I’ve run out of adjectives. 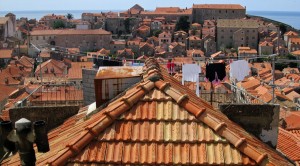 The Rooves of Dubrovnik

Of our personal experience I’ll say that the walk around the walls of the town took us over an hour and was fantastic. Then we sat in a square for another hour, reading our books.

I’m not sure where the rest of the day went, but I suspect that time passes at a peculiar rate once you’re inside the old town. Oh, and we were also lucky to be here in April, because the town was relatively quiet; I can imagine that through the summer the place is absolutely heaving with tourists (and justifiedly so).

In the evening I made lentil soup in the van and we were in bed before 22:00 again, although I got up 20 minutes later because we had forgotten that it was probably going to rain, which meant packing up our table and chairs, strapping the bikes to the back of the van and unplugging the van from the mains electricity (since we had been connected with a standard, indoor extension cable, the type that doesn’t like being out in the rain).

With all of that done, we lay and read and – sooner than we had expected – listened to the rain thunder down on the roof of the van until we fell asleep. 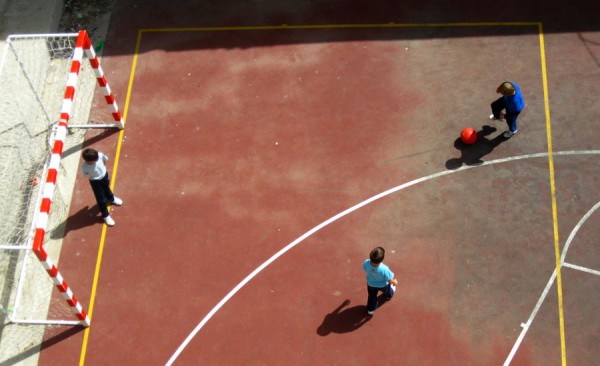 Kids Playing Football in the Old Town, Viewed from Above