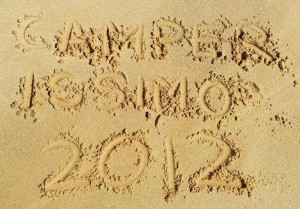 After spending the morning walking around La Rochelle, we returned to the van to drop Klara off and give us a couple of hours of human time.

Since we usually drive on every day – at least a little bit – we tend to develop general impressions of regions and areas of a country, rather than specific opinions on towns or cities. Still, we both really liked the town, which was pretty much exactly as described in the guidebook (well-preserved, charming, lively), but were looking forward to moving on later that afternoon. 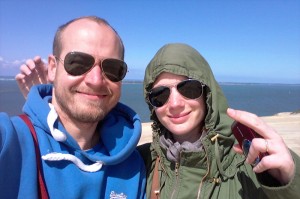 Eating out has been a bit of a challenge so far in France. Although we’ve seen countless young, modern-looking restaurants, they tend to offer fixed menus, which I just assume contain rabbit or partridge or langoustine, thanks to a recent over-consumption of Masterchef. Our experiences over the last two weeks have confirmed overwhelmingly: nobody in France speaks English* and our attempts to translate menus have been fairly fruitless. In this case, however, we happened upon a Tunisian restaurant with a more formulaic menu and had no problems ordering vegetarian couscous, which was great.

* I don’t expect anyone to speak any language except for their own, and I truly wish I spoke any real French, but this is the first country we’ve travelled through communication has been a real challenge, despite our collective knowledge of English, German, Italian and Croatian. I should add that people have always been friendly and very willing to wildly gesticulate in lieu of verbal communication. 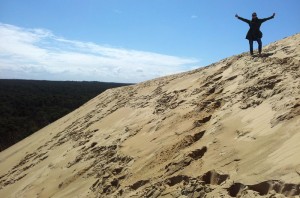 Iva on the dune

We had parked the van just across the street from two museums we were planning on visiting: the Museum of Automaton and the Museum of Scale Models. Joint entry was €12 per person and ultimately I was pretty disappointed with both, although in some regards they were impressive. Despite their names, neither was really a museum, but rather both were exhibitions of one man’s enormous toy collection. Still, the overall presentation was cheerful and they let me use their toilet.

Back in the van, we had a moment of tiredness and doubt. 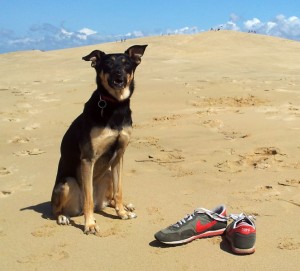 After two weeks on the road and almost 3000km on the clock, neither of us was sure that we wanted to continue driving south.

The next step of our journey should have been a further 350km down to Irun on the Spanish border to meet up with David and Oihana, friends that we had met in Romania in 2010, but continuing as planned would now definitely leave us with 2 or 3 very long days of driving at the end of our trip.

After some deliberation we decided to drive on as far as Bordeaux to visit Europe’s biggest sand dune, the Dune du Pilat, and then take a sharp left and head west. 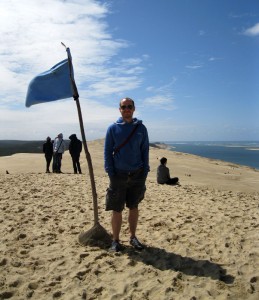 At the very top

Feeling better for having made a clear decision we left La Rochelle and parked up about an hour south in the entirely unspectacular village of Samussac. We parked in a public car park in the town centre and managed to give Klara a 20 minute walk before the rain started, together with weather that reminded us that it’s still only just the beginning of spring. Blinds down, heating on, feed the dog and then some dinner.

Not forgetting the compulsory – but thus far entirely unsuccessful – search for unprotected wifi connections in the area in the hope that we would be able to use Skype and download some episodes to watch. As usual, all that we could see were private networks and the standard French Telecom connection for their mobile customers.

Somewhat frustrated and not one to give up easily, I used my phone to do a little online research and after a little while found a post in a French forum with a list of user accounts and passwords for the FT wifi network, which we’ve been using every night since then … 😉 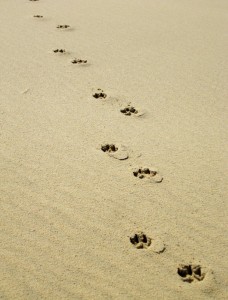 The drive to Bordeaux the following morning found us in mixed feelings, because the weather was looking very dodgy and climbing up a massive heap of sand in the rain sounded more like punishment than pleasure. Still, we persisted, and so did the run of luck we’ve had with the weather gods for the entire trip so far; by the time we were within a few kilometres of the dune it was sunny and bright.

When I was a kid, my family visited France on camping holidays every year for several years, each time venturing a little further south. I’m not sure of the exact year, but about 15 years previously we had visited the dune and a few other places in this region, including a huge water park, “Aqualand”. For old times’ sake we stopped there for a couple of photos before arriving at the car park at the foot of the Dune du Pilat. By this point, Iva had started to realised how absolutely massive the thing is … until then I suspect her agreeing to visit a sand dune had been partly out of politeness. 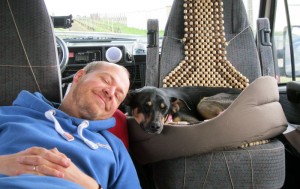 Quick snooze after all that action

Anyway, it’s MASSIVE. From the top it feels pretty much standing at the top of a ski slope, and the views out across the Atlantic and back inland are breathtaking. We took our shoes off to feel the sand on our toes and Klara ran like a mad thing in circles up and down the sides of the dune until she was so tired that she actually started eating the sand.

After such a fantastic experience we were both left feeling partly recharged and we decided not to completely skip the very south-west of France. Our next stop would be the town of Pau, and then on to Carcassone, before heading back through the Massif Central.