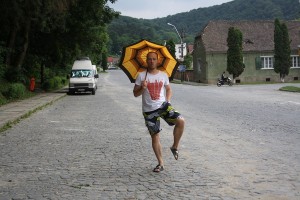 Jay dancing in the rain

After he woke up around 9.20, Jay went for a walk and to the supermarket while I stayed in, guarding the van in my sleep.

Since we were parked just about 50 metres from a public toilet (a very nice one though!), I paid 5 Lei to pee and fill up the water containers.

There was an old man sitting on the bench right outside our van, looking in, so Jay started working on his routine. He managed to completely confuse the guy by asking him to move over on the bench and then sitting down next to him. 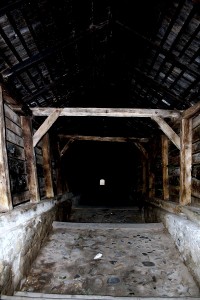 A very old stone staircase with a wooden roof. It leads up to the Church on the Hill and the cemetery. The exit is a small dot you can see in the middle of the photo

I was also very confused when I re-opened the door of the van after changing and witnessed a strange scene: Jay sitting next to the old guy with a big grin on his face. The guy left very soon, probably feeling uncomfortable.

We spent the whole day walking around Sighisoara, visiting museums. We saw the History museum in the Clock Tower, the Weapon Museum and a very tiny Torture Museum – or the torture room, rather. Since Vlad Tepes was born in Sighisoara, there were lots of souvenirs that had to do with Dracula, but really not as many as I had expected. We did a lot of reading, eating and just taking it easy. The old part of Sighisoara (Citadel) reminded me of Istrian towns (Grožnjan or Motovun, for example) – all of them being fortified medieval towns.

All in all, it was a slow but a very nice day. 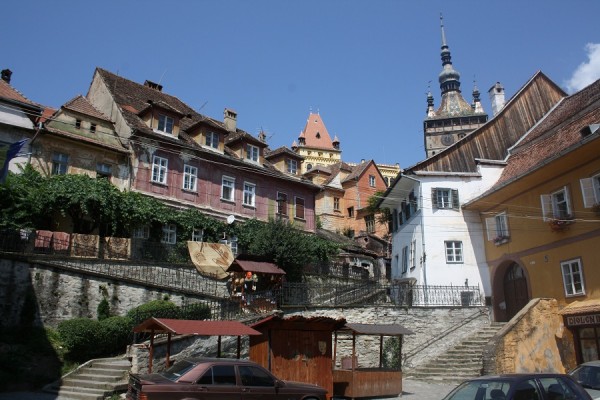 Sighisoara - the view of Citadel