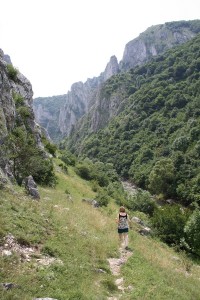 First 4 minutes of what was supposed to be a 2 hour hike.

We woke up at 9 and drove off immediately, after leaving a goodbye note for Dan on the windscreen of his car/house. We didn’t really want to meet him again that morning because we had exhausted all the conversational topics the day before and also, we had a strange feeling he would eventually ask us for money. We had a very nice time talking to him and him asking for money would completely change the atmosphere and the way we remember him. Our plan was to spend the night in Sigishoara, but to visit Turda, a town next to Cluj, in the morning. Bianca suggested we visit a salt mine there and I read about a nice gorge that was just outside the town.

Stopping in Baumax and “upgrading” the van again with some great hardware products was on the list first and then we headed towards the gorge. The road there was awful. There we barely any signs and there was barely and asphalt on it. The last part of the road looked just like a path next to a stream. We parked and started our hike. 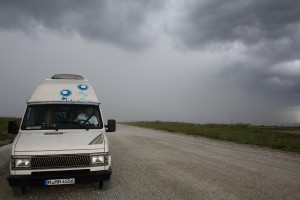 Running away from the storm.

After about 4 minutes, we realised the weather was changing quickly, it will start raining soon and neither of us actually felt like hiking, so we turned around and walked back to the van. We got onto the main road just in time, before strong wind and rain started.

Even though Jay was not really convinced about the salt mine, I was quite excited about the idea so we went in. We had nothing else to do anyway because the weather was awful.

Even though it started off shitty and boring, very soon we were extremely impressed by the salt-mine. In a big hall (80 x 40 x 50 metres) there is a lake, a few bowling and mini golf lanes and a big Ferris Wheel. We rented a little boat and rowed around the lake underground for a while. 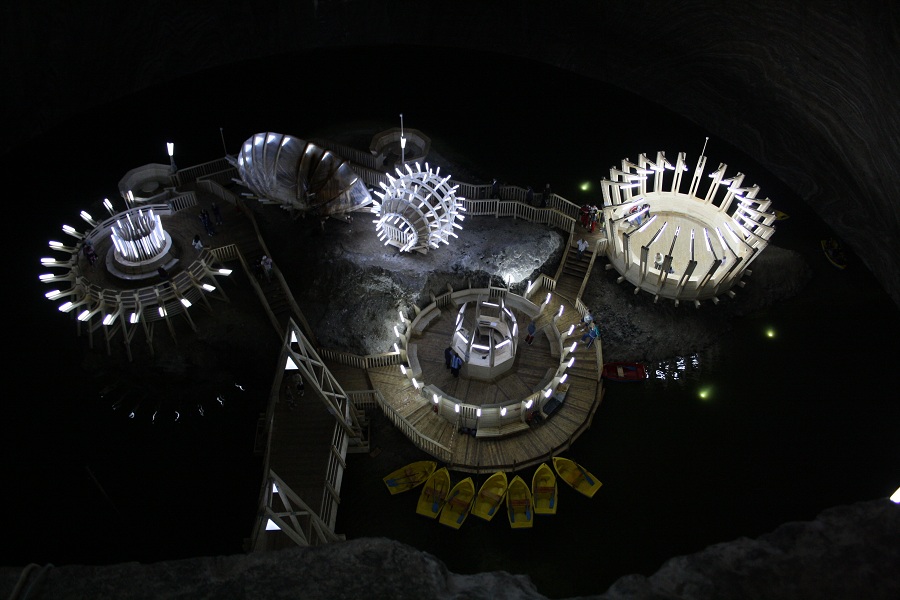 Looking down onto the lake inside the salt mine.

We made lunch in the parking lot. There was a van parked next to us and we met David (from France) and Oihana (from Spain) who were travelling for a year around Europe in their home-converted stealth van. 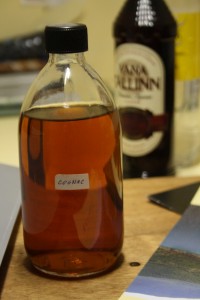 We made a plan to meet up again in Sighisoara because we were both heading there. While we were eating lunch, a young gypsy beggar stood in front of our van and begged for money for a few minutes. He wasn’t the first beggar in Romania we ran into so we were slowly growing accustomed to them.

When he realised we weren’t going to give him any money, and what’s more, we weren’t paying any attention to him at all, he stood up tall, suddenly spoke English to us and tried to charge us for parking. That really made us laugh out loud and that gave Jay an idea – in the future, he will try to confuse beggars before they even ask him for money. It really worked well every time he tried it.

In Sigishoara we found a great place to park under the Citadel. We sent the GPS coordinates to David and Oihana and sat in a bar at the top of the hill which is the old town. They join us for a few drinks and then invited us to their impressive home-made van to try some of the cognac David made himself. We slept well that night.