We were woken up quite early in the morning by the incredible heat. Sweating even at 8 a.m., we decided to go for a walk around the town. Constanta is the largest Romanian port and the third largest Romanian town. It has a very long history and, as it used to be first a Greek colony and afterwards it belonged to Rome, it has lots of archaeological points of interest. 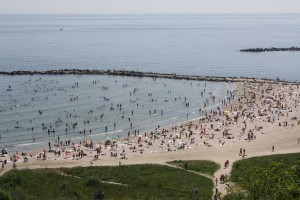 The beach in Constanta: Standing room only.

Unfortunately, it was 37 degrees outside and we were not at all interested in history. We walked around the town centre which was empty. It was obvious Constanta used to be a famous summer holiday destination for Romanians a decade ago, but today its shine is fading away – with its closed down hotels and restaurants it , looked run down and slightly sad. We took a look at the beach but decided not to go for a swim because it was crowded with people. I guess that’s where people from Constanta live in the summer. We also found an extremely fancy and expensive shopping centre which was, unsurprisingly, completely empty. The air-conditioning was great so we spent about 15 minutes inside, but in the contrast with the poverty we came across and noticed in Romania, it made us feel quite uncomfortable. 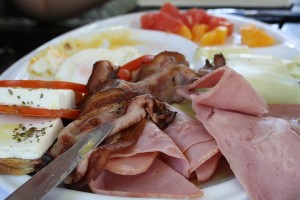 We had breakfast at a nice modern restaurant which was actually the first and only place we discovered in Romania that served breakfast (by breakfast I mean eggs, bread and cheese. One can buy pizza and pasta at 11 a.m. almost everywhere). After breakfast, we took off. We were heading down Black Sea coast, towards a small town Vama Veche which our friend Sabina said we should definitely visit. We parked in a field overlooking the sea and after visiting a Romanian folk music beach festival, we slept incredibly well. 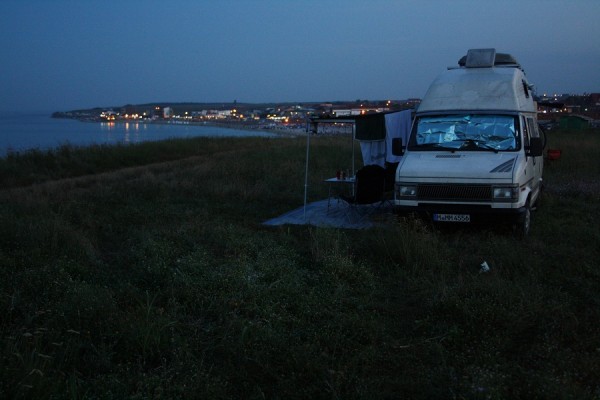 Free camping with an amazing view.